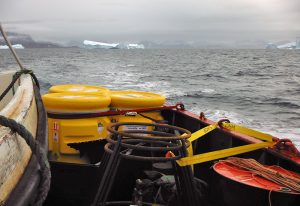 Putting PIESs in a Greenland Fjord

Our team has been using pressure-sensor equipped inverted echo sounders (PIESs) to study the heat content and iceberg dynamics in Sermilik Fjord. A PIES rests in a rigid anchor stand on the seafloor (well out of reach of iceberg keels) and emits 12 kHz pings, typically at a rate of 24 per hour (in bursts of 4 at ten-minute intervals). The PIES listens for each ping’s first echo and records the round-trip acoustic travel time. In addition PIESs measure bottom pressure and bottom temperature.

Part of a typical PIES travel-time record from Sermilik Fjord showing reflections from the air-sea interface and from several iceberg keels.

In ice-free environments this first echo usually comes from the air-sea interface directly above the instrument. In this case, the bottom-to-surface round-trip acoustic-travel-time serves as an excellent proxy for the heat content (vertically-integrated temperature) of the overlying water column. This is due to the temperature dependence (and to a lesser extent salinity dependence) of sound speed in seawater. 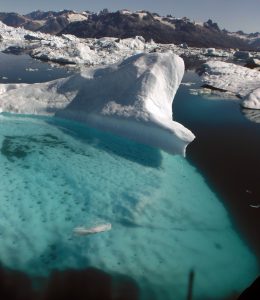 If ice is present, the first echo may reflect from the seawater-ice interface rather than the air-sea interface. In this case, the PIES is often able to track the iceberg keel as it transits through the PIES’s field of view.

When land-fast sea ice is present over the PIES, the standard deviation of the 4 pings in a burst is typically very low since the ice suppresses surface gravity waves. Sermilik Fjord is typically open (not covered by land-fast sea ice), but our mid-fjord PIES detected a 2-week period of sea ice cover in March 2012. 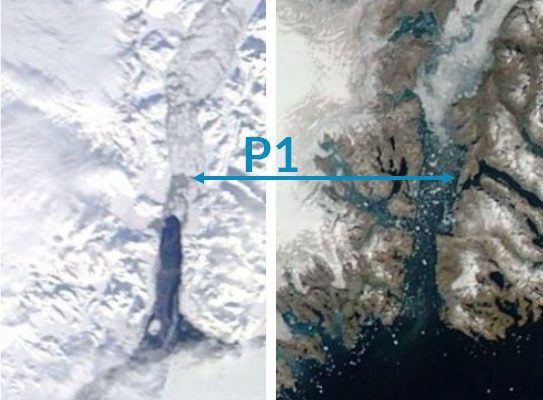 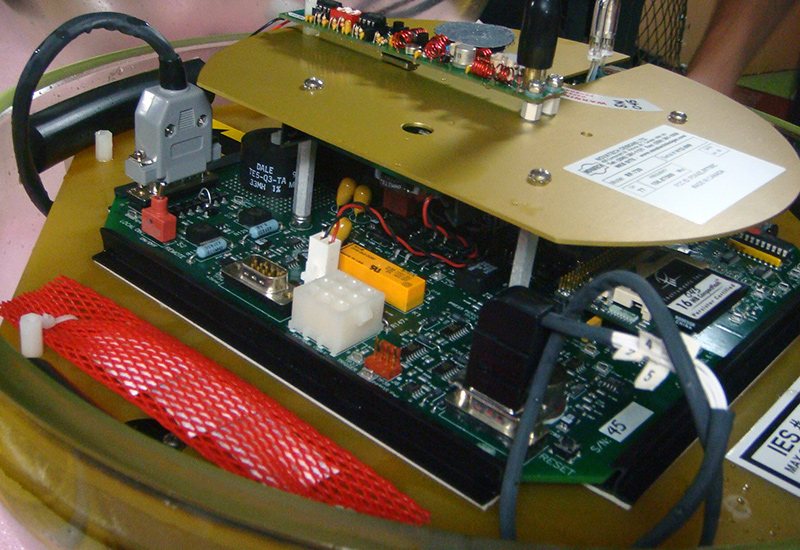 PIES are manufactured by our colleagues at the University of Rhode Island Graduate School of Oceanography. They also produce the software interface used to process the standard PIES data from ice-free environments. 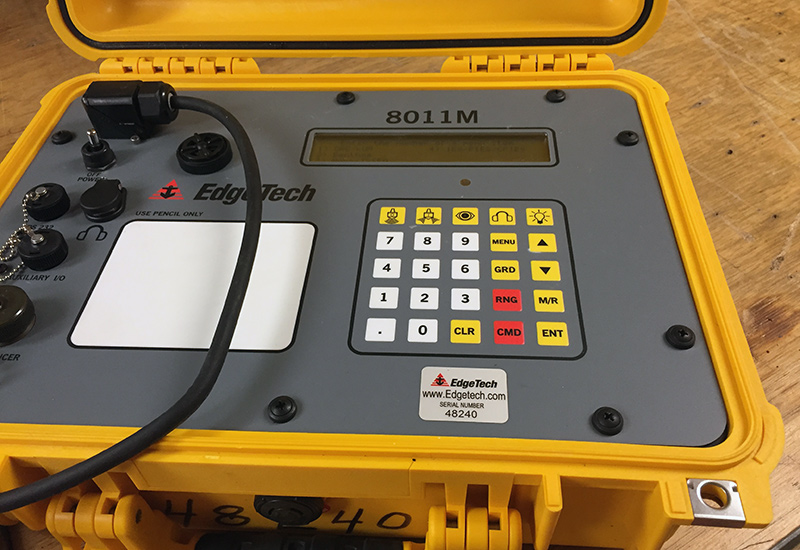 Edgetech 8011M deckboxes now can be equipped with the URI PIES codes so they can be used for PIES communications.